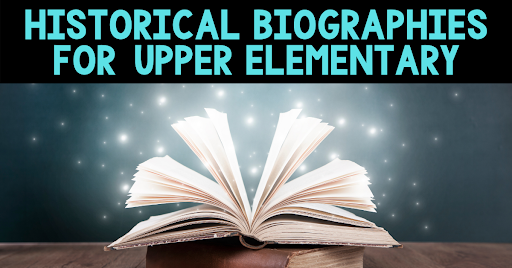 First, start with some picture books that are easy to read for upper elementary and middle students. Sometimes, we dive into grade level nonfiction text right away. Don't forget about the power of picture books to break down a message into simple terms. Picture books help visualize these amazing leaders from our country's past.

Based off the novel, Hidden Figures, this picture book outlines the role of four black women who were essential to America winning the Space Race and how they overcame barriers of prejudice and discrimination in order to do so. Overall, this is a beautiful tribute to women who paved the way for STEM careers.

Told with a rhythmic manner, this beautifully illustrated picture book talks about the life of Duke Ellington, his music, and the orchestra he maintained for almost half a century. In addition, pair this book with some music from the legendary Duke.

Manfish: A Story of Jacques Cousteau by Jennifer Berne

This telling of Jacques Cousteau’s childhood and his experiments with film and fins, teach children how imagination and determination helps anyone achieve their dreams. Also, add some old Jacques Cousteau videos exploring the ocean and the world to help the book come alive.

Using Dr. King’s own words, this story tells the life of Dr. Martin Luther King, his trials, and his successes.

Have a child who loves dinosaurs? This book tells the story of a little girl who loved exploring and stumbled upon the first dinosaur bones -- and never received credit. Nevertheless, she kept searching and kept learning, making discoveries that changed the world of science.

This tells the true story of Henry, who grew up as a slave, survived being separated from his family, and survived once again as his wife and children were taken from him. Always dreaming for the day he could be free, Henry did what he could to finally escape -- mailed himself to the North.

Red Cloud: A Lakota Story of War and Surrender by S.D. Nelson

Because he didn’t want white expansion into the native lands, Chief Red Cloud was able to unite Lakota with nearby tribes and become the only Native American to win a war against the US Army. But his success didn’t last, and he finally surrendered, agreeing to move his tribe to a reservation and causing more conflicts to arise for years to come.

In addition to picture books, fiction series books are so popular with upper elementary and middle school students. Why not also hook your readers with nonfiction series books about historical figures? These historical biographies for upper elementary students are told in a similar format in the series. The consistent text features make them accessible and fun for your social studies students.

Who Was Abraham Lincoln? (Part of the “Who Was?” Series) by Janet B Pascal (author), Who HQ (Illustrator)

Before reading this book, see what your students know about President Lincoln. Of course, some students know that he was the sixteenth president and the first to be assassinated. However, there is so much more to learn about Honest Abe! This chapter book tells the story of Abraham Lincoln and how he rose from living on a farm to be the man responsible for freeing slaves.

Most know the story of Anne Frank, the young girl who, during WWII, had to hide in a secret annex in Amsterdam, and was later discovered and sent to a concentration camp. While in hiding, Anne wrote her story and spoke of the goodness of people, and when her diary was later discovered, she became one of the most famous diarists of all time.

The Story of Alexander Hamilton: A Biography Book for New Readers (Part of “The Story Of: A biography series for new readers" series) by Christine Platt

Alexander Hamilton was born in the Caribbean, where he had to overcome many obstacles and hardships. These lessons followed him to America, where he became one of America’s Founding Fathers and the inventor of our nation’s banking system. If your students are a fan of the musical, "Hamilton", challenge them to read this book and see the musical through a historical context. 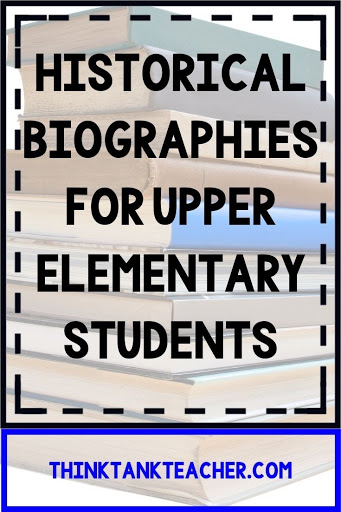 I am Ben Franklin (Part of the “Ordinary People Change the World” series) by Brad Meltzer (Author), Christopher Eliopoulos (Illustrator)

This series of books discusses traits that made, well, ordinary people great. In this book, the life of Benjamin Franklin is explored, giving children details of both his life and personality to see how heroes are just like them. Even though the series is targeted towards early elementary, these books are great discussion points for writing historical biographies and understanding what a biography is just as much as reading the content of the book.

Your students learn more about early American history by incorporating reading, writing, and critical thinking skills with the Benjamin Franklin escape room activity! This activity covers Benjamin Franklin, the Founding Fathers and inventions. Use it as an anticipatory set or review activity.

What is an Escape Room?

Escape rooms give students reading passages and puzzles to solve that reveal clues. Once they receive one clue, it leads to the next puzzle to solve. With this escape room, each puzzle and clue reveals interesting facts about Benjamin Franklin. Here's what you'll get with this escape room:

Escape rooms typically take 45-60 minutes depending on student levels and reading skills. It's OK if your students don't finish the whole lesson. Pair this escape room activity with some of the historical biographies for upper elementary students! Learning about the past is extremely important. Using historical biographies for upper elementary that are accessible to all reading levels helps your students make connections from the past to the present.
*This post contains affiliate links.  By making a purchase using the links provided, I will receive a small commission on your purchase.  This commission does not affect the price of your items 🙂

Check out some of our Categories! 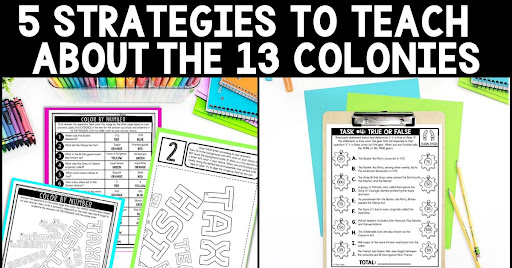 Get access to 2000+ resources with a yearly Think Tank membership. New resources are added every month. Get unlimited access to every single resource for 365 days. Your membership is good for one full year!

TRIPLE YOUR MONEY and stretch your #teacher paycheck. Click Become a Member below to learn more. Dismiss